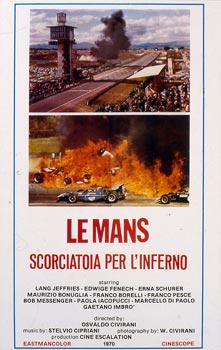 After an accident during a race at Le Mans, the famous champion John Scott decides to stop competition driving and to become a coach instead and start building racing cars. One day Scott meets a young driver, Dustin Rich; he immediately recognises the potential and bravery of this conceited young man and, despite Rich's inexperience, Scott decides to make a real champion out of him. Dustin goes to live with John and, of course, flirts with his wife, Sheila. However, she treats him coldly because, although she often quarrels with John about his dangerous work, she is still in love with him. At last, Dustin carries out a splendid performance in a car built by Scott. With the victory of his car, Scott and his wife are completely reconciled.