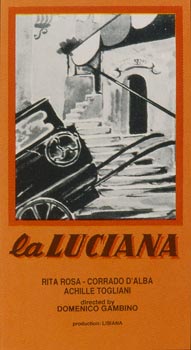 Maria wins a beauty contest in Naples and chooses to be called Luciana. Her family is against her marrying Alberto because he is poor and an illegitimate child. Maria's brother, Vincenzo, is a smuggler and deals with all sorts of shady characters. He discovers that one of them, Gomez, is a spy. His patriotic feelings drive him to end all dealings with Gomez, but the latter kills Vincenzo. Alberto is suspected of the murder, but an old friend of Maria's family shows up just in time with proof that Gomez is indeed a spy. He reacts shooting and mistakenly shoots his girlfriend who, before dying, confesses Gomez's guilt. Alberto and Maria are finally free to marry.