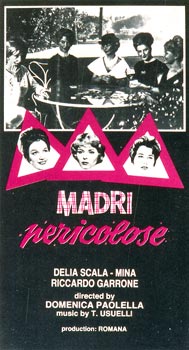 Riccardo, a statistics expert, comes to the conclusion that ambitious mothers are a threat to humanity since they go to any extreme for the sake of their daughter's "happiness". Such is the case of Countess Improta who tries to find a rich husband for her daughter; for her son she chooses Maura whose mother has a high sounding title but is full of debts, and who in turn sent her daughter to the best European schools hoping for a good catch. There's also the case of a doorman's wife who dreams of a film career and a rich husband for her daughter, and so on. Years later we see these daughters in the role of ambitious mothers.