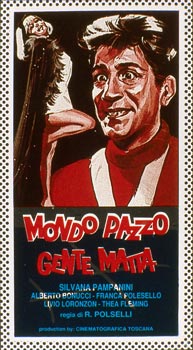 A five-man jazz group from college creates the "break", a new dance which is driving everyone wild, but they just don't seem to be able to hit it big. Thanks to two of their gilfriends, they appear on stage disguised as the successful "brutalos" and bring the house down. Record sales soar as their musical career takes off. The two girls are not forgotten and marry the success which they have created