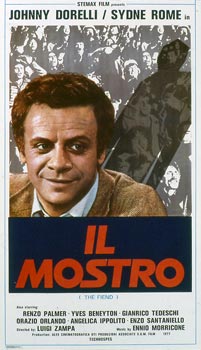 Valerio is convinced that life has cheated him by denying him the success that his talent deserves. A frustrated journalist, his work consists in compiling a syndicated column in which he answers letters from the readers. His marriage is a failure too. His only son, Luca, sixteen, is silent and introverted. Now he lives with his mother, a hard, selfish and independent woman who thinks only of herself. From his father, to whom the boy is morbidly devoted, he has learned to believe that the only way to attain success, money and respect is through unscrupulousness and violence. The youth is obsessed by this philosophy. This is the premise of the story as it unfolds in a rapid series of dramatic episodes that throw ever more light on one of the vital topics of today's society, i.e. the education of our children. But it is also a story full of suspense and mysterious killings. The shocking ending neatly contains the whole moral of the film