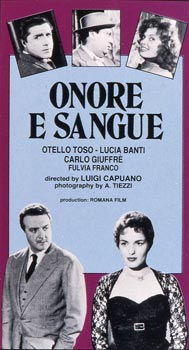 Ernesto Neri leads a simple life with his wife and son, but because of his mother's illness he is obliged to make a lot of debts. These debts are too much for him and Giannone, a swindler who is also Ernesto's landlord, gives Ernesto notice on the house they live in. There are two thieves who introduce themselves in Giannone's house to rob Ernesto. But at the same moment Giannone enters the house and one of the thieves, Arturo, shoots him. When Ernesto gets home he tries to save Giannone, but he is too late. Ernesto is later accused of murder and therefore arrested. While he is in prison, Ernesto learnes that Arturo is the real murderer, so he manages to escape inable to prove his innocence. Ernesto accuses Arturo, but betrays himself and is arrested in turn