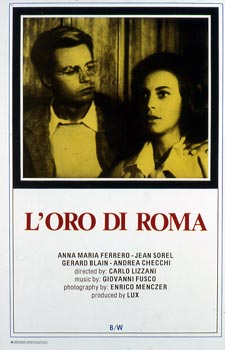 During the Nazi occupation in Rome, Major Kappler orders the Jewish members of the population to hand over 50 Kilograms of gold within a few hours in exchange for 500 hostages. The community immediately organizes the collection of the precious metal. David, a young shoemaker, would like to reply to this demand with violence and, voicing this, he expresses the opinion of many of the young. Giulia, the daughter of a semitic teacher, falls in love with a Catholic student and their marriage would save her from Nazi persecution. After the gold is handed over, the Germans betray their trust by surrounding the ghetto and arresting all the Jews. Giulia chooses to be deported and refuses voluntarily to be saved in favour of sharing the fate of her father and her friends. David, instead, escapes to the mountains and joins arms with the partisans against the Nazi invaders