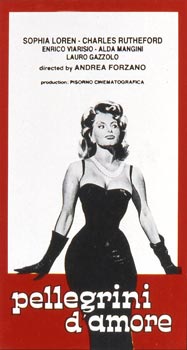 A countess rents a seaside villa with the help of a bogus professor and turns it into a gambling house. During the war the villa was the residence of a German commander and later of an American one. Both commanders were fascinated by the portrait of a beautiful woman that hung in the villa. After the war the two officers return, each hoping to meet the woman. The countess introduces them to a girl she has paid to take her place. The officers try to outdo each other to the point of engaging in a violent fight that leaves them unconscious. The countess then blackmails them after having convinced each of killing the other