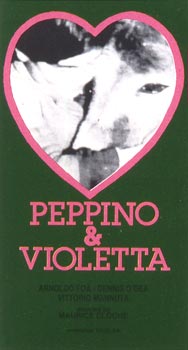 Peppino lives in Assisi, home of St. Francis, the patron saint of children, animals and birds. All the little boys in Assisi have a donkey of their own which they hire out ot help support their families. Peppino's is called Violetta, but she is very sick and cannot work. Poor Peppino is very upset, but he, knows that if only the church door would open wider, he could take Violetta inside to St. Francis shrine, and she would get better. But the door won't open any further which means Violetta will die. Peppino loves his little donkey so much that he doesn't want her to die so, being a very resourceful child, he decides to write to the Pope for help. The Pope is very touched by Peppino's message and the flowers he had sent and so he decides to help the little boy. He has the only church door opened so the donkey can get through, and after that little miracle St. Francis works another one for Peppino by making Violetta better. A charming and heart-warming film for all children