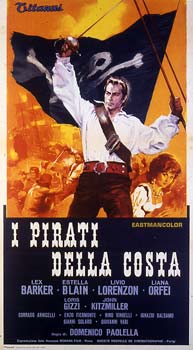 A traitor causes Captain Louis's Spanish warship to fall in the pirates' hands. Considered responsible for the treason, Louis is jailed for life but... with a mutiny, forces the convicts' ship to head for Tortuga. The bravest of all seamen, Louis frees the kidnapped Isabelle, a Spanish Governess, but... a high treason is about to upturn the outcome of the war against England! Louis's brave intervention saves the situation. His previous accusation is cancelled and our loyal Captain will be able to marry his beloved Isabelle