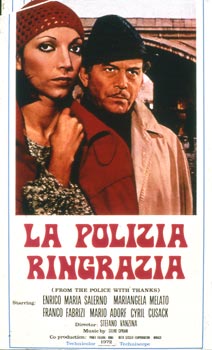 Inspector Bertone's task as head of Rome's homicide squadron gets more difficult every day. Except when actually caught in the act, criminals all too often get off free. The Inspector suffers a series of defeats, for example a couple of thieves get away because the police are not armed. Then a suspect called Bettarini while under arrest provokes a fight with his guards, which enables him to claim he has been beaten and illtreated. Soon another bandit is found killed and Bettarini suffers the same fate as soon as he is released. Things are now clear to Bertone; there must be an organization which, seeing the police's helplessness, has decided to do justice itself. This "justice" continues implacably, with the death of a prostitute, a homosexual and a suspected murderer. Bertone's investigations reveal the head of the organization to be an ex-commissioner of police. Bertone is killed by him and soon real "investigations" begin