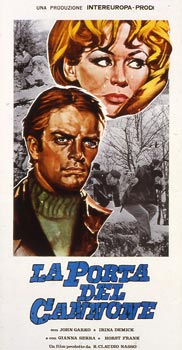 Riccardo, a Fascist spy during World War II, meets Rada, a jewish girl, on a train on his way to carry out a mission: to kill the head of the Czechoslovakian authorities. They meet again when he is arrested with a group of jews and both escape. On their way back to Prague he discovers that she is a Czechoslovakian agent. She hands him over and he is interrogated and condemned to death Rada objects to the verdict and manages to save him and again he escapes and returns to Prague. There he meets and falls in love with an old friend, Irene. She is also a Czech agent and convinces him with her love not to carry out the mission. Together they lead the Gestapo guards into an ambush where everyone gets killed