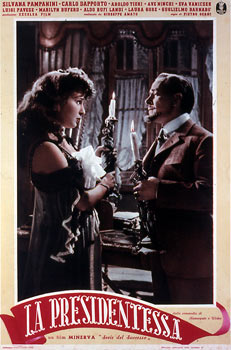 In a small provincial town a very serious judge is found, due to a misunderstanding, in the company of a stripteaser whom he is forced to introduce to the Minister of Justice...as his wife! The latter, attracted by the "wife", gives him all sorts of promotions in exchange for her favors... but in the meantime, also the real wife is promoting her husband's career! When this tangled situation is finally straightened out, the Minister - known for his high moral principles - marries the stripteaser!!