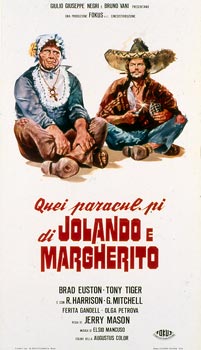 When Joseph Cavis, a mafioso leader in Istanbul, finds his leadership disputed during a meeting of the group, he simply has all the members of the Assembly killed and replaces them with his own men, who later get into Tony Tiger's factory while he is out hunting. They kill his wife and his little son, and when he returns he is knocked out and left to die in the blazing ruins of his house. But he is saved by Olgar, who, like him, used to belong to Cavis' organisation. Determined to avenge himself, Tony calls for the help of Brady, Gordon and Rick, three ex-fighters. The four and Olgar track the murderers down to the factory and get rid of them. Then they burst into Cavis' hideout. Cornered, he declares his innocence at which point Olgar throws down her mask and admits to having engineered the series of events herself out of pure jealousy. In the final shoot-out Tony and Olgar are killed