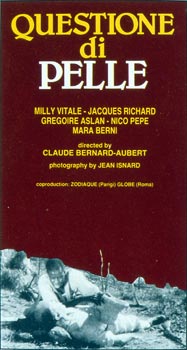 The town of Siccada is divided between whites and blacks. One night a white, Bob, attends a party with a negro, Bessy. The whites offended by her presence leave, deciding to punish Bob. Then a group of young white boys kill him. But other whites believe that it was the Negroes who killed Bob and arming themselves they attempt an attack. Bob's father decides to bring in the police so he starts throuhg the desert to the next town. Bessy's father makes out to kill Bob's father but, by the time he reaches him, their weariness and thirst has exhausted their hot spirits and strength of resistence. On a generous impulse, the negro offers his enemy some water, and the two men, becoming friends, decide to return to their village, but they are greeted by their fellow citizens with weapons in hand. Violence has gone so far that they decide to leave with their families and look for a quieter residence