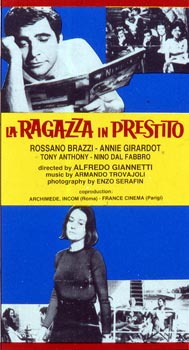 Clara wants to marry Mario who is a good-looking good for nothing who spends most of his time in the company of four other good for nothings. When his father died, he was left a small furrier's business which is managed by the dominating Regina. He puts in an appearance at the shop only when he wants money. His days are spent at the gymnasium, the stadium and the billiard saloon, and his only ambition in life is to have a good suntan. Franco, one of Mario's friends, falls in love with Clara but she tells him she must marry Mario even though she doesn't know when. One day, in the presence of their friends, Mario and Clara quarrel and Mario, to show who is the boss, slaps her on the face. For such behaviour Clara and Franco want no more to do with Mario. After years of laziness, Mario finds that the only person left for him is Regina who has been waiting for years. They marry