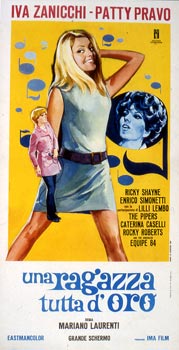 Trying to convince Iva to start a vocalist career, talent scout Umberto not only gets five friends out of prison but hosts them in his apartment... To compensate for the five rascals' misdeeds, Iva accepts and her debut is a success! She turns into a real star when the boys play in her band but, accepting the proposals of handsome Gianni, Iva hurts poor Umberto who, in the meantime, had fallen madly in love with her...