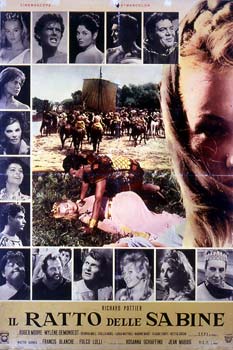 After useless attempts to marry Sabine women, the Romans take advantage of the drunkenness of the men to kidnap all their girls... This offence will have to be paid for with a battle, but the women, who have begun to like their new companios, talk their fellow tribesmen into a peaceful solution. King Romolo, madly in love with a beautiful and virgin priestess, leaves his throne in the hands of Numa Pompilius, the second of the seven legendary Kings of the most powerful city of all times: ancient Rome.