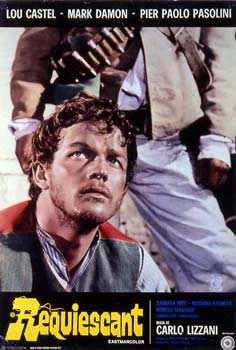 A child, miraculously alive after an attack to his pueblo, is adopted by a protestant pastor and his daughter Princy. Years later, while looking for his run-away step-sister - to his great surprise - he realizes to be the best gunman of the west! Nicknamed Requiescant, he is recognized by a group of old Mexicans as the son of their leader, killed during the attack to the pueblo. Requiescant, in a bloody conflict with bandit Ferguson, will avenge the death of his real father and... the corruption of his sister Princy