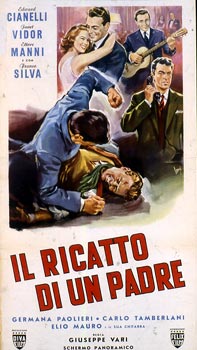 Mario Guarnieri, an industrialist is in financial difficulties but a heart-attack ends them, leaving a large debt to pay to a firm called Arlandi & Serpieri. His daughter, Silvana, though in love and engaged to Paolo, a young engineer, is about to marry Serpieri in order to save her father's business. Her mother, Laura, is against it and decides to go and discuss the matter with Arlandi, Serpieri's partner. There she discovers that he is her first husband once named Sandro Ricci whom she believed to be dead. Arlandi admits that he had caused Guarnieri's ruin in order to avenge himself for having had his wife stolen. However, he promises to do his best to prevent Silvana's marriage who Laura reveals to him to be his daughter. In a violent argument, Serpieri is killed by Arlandi who comes to Paolo's rescue in a fight. Paolo rejoins Silvana while Arlandi picks up the phone to call the police