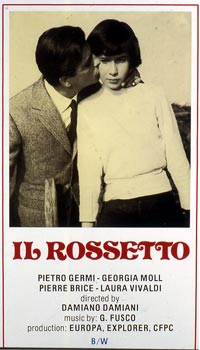 Silvana a teenager falls in love with Gino, a man she has met by chance. She learns that Gino is responsible for the death of a prostitute, and is forced into testifying for or against the man she loves. Her reticence saves the man. Silvana is turned over to her mother and sent to a convent school. Desperate, she tries to commit suicide but is saved by a nun. The next day, Inspector Fioresi, who had investigated the previous crime, interrogates her again and realizes that she had told the truth the first time. She had seen Gino leave the victim's apartament, but had been afraid of saying anything for fear of getting him into trouble. Now Fioresi has proof that Gino is the killer. Gino, not knowing what has happened, is about to marry a girl who is expecting his child. On the eve of the wedding, Fioresi corners him and he confesses. Silvana, cleared of changes, returns home