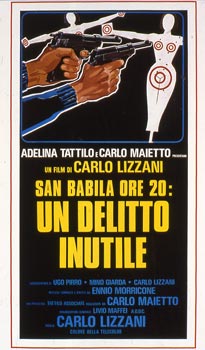 Four neofascist youngsters, Fabrizio, Franco, Alfredo and Marco, go on a night of rampage after the funeral of one of their leaders. They attack some "red" students of the Beccaria High School then in a bar in San Babila Square, their usual hang out, they pick up a girl, Lalla, whom Marco rapes with a cudgel. Later they beat up a "red" who had taken part in a protest march. They then decide to set a bomb in the office of a workers' union, but the bomb doesn't explode. They return to San Babila where they see a couple of young "red" lovers and kill them. Fabrizio gives the murder weapon to Lalla to keep. Thanks to her testimony they will be condemned