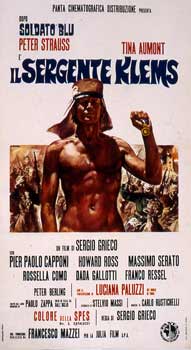 World War I - a German officer, thought to be a spy, is condemned to death. Under a false name he escapes to Africa and joins the foreign legion. Klems, kidnapped by Arab rebels is soon given the command of El Krim's Army... But France and Spain are too strong even for the brave rebels, and Klems - heartbroken for the death of his Arab wife and child - is captured. Condemned for having deserted the foreign legion, he is sent to the horrible penitentiary of the Caienne... where he dies of gangrene.