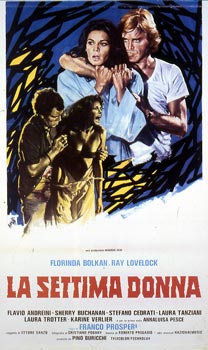 Three young criminals, after having robbed a bank, take refuge in a beautiful Villa by the sea. In the Villa they find a group of five schoolgirls, who are rehearsing their annual school play, directed by Suor Cristina, a nun. There is also a char-woman in the Villa doing the cleaning. The criminals kill the woman immediately and then rape the nun and a schoolgirl with incredible violence. Later a postman, too, is killed, after one of the bandits had caught the nun while she was handing him a message for the police. At this point Suor Cristina can no longer control her hatred so, to save her girls, she poisons one of the boys and shoots the other while the third is savagely killed by the remaining school-girls