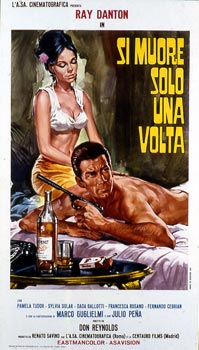 Mike Gold is a private agent. Some mysterious happening induces him to believe that a vast criminal plan is about to be realised. He travels to Beirut where he meets a nice girl, Jane, who pretends to ask for his protection, but who actually is sent to watch on him. Another girl, Alina, who works in a night-club, informs him that something important is about to happen in Malta. Mike arrives in Malta and there contacts a mysterious organization, called Kant Foundation. He then returns to Beirut where Alina tells him that an attempt is about to be carried out against a refinery. He attempts to prevent disaster, and later, with the help of the police, liquidates the whole gang