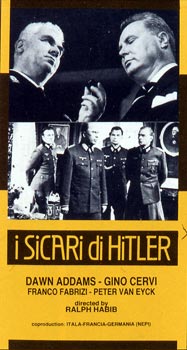 1940. Hitler's army is about to march on Belgium and the Netherlands. A group of staff officers under Admiral Canaris have a plan to sabotage the dictator's aggressive actions in order to promote a peaceful agreement. Robert Golder replaces a member of the group killed by Himmler's henchmen and is sent to Italy to contact italian pacifist groups. He meets Count Rossi, an Italian pacifist leader. Himmler puts Tilla, a female spy, at Golder's side. She falls in love with him and helps him in his pacifist mission. They will go on struggling for peace even though their action fails and they cannot prevent the invasion of Belgium and the Netherlands