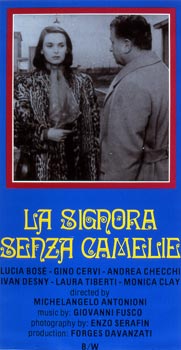 Clara Manni never set out to be a star - she is just a beautiful woman who works in a draper's shop. However, when she is offered a starring role in a film, she accepts. The film is a great success and Clara becomes much sought after, but only for her looks. She marries a film producer, Gianni, who finds the roles she plays degrading. He finances a production of "Joan of Arc", to try and launch his beloved dolly as a serious actress - but she is a complete flop and the film is a financial disaster. Gianni is quite unable to cope with his failure and attempts suicide. Clara tries to help out by going back to her old kind of films. However, she happens to fall in love with another man and runs away with him. Too late Clara realizes her mistake and after many misadventures she tries to play some more serious parts. However, she is hopeless, and this time she has to face her failure on her own