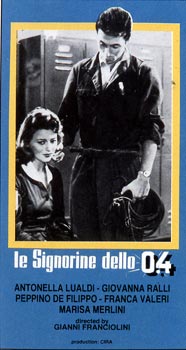 Everyone looks the same in the buzzling telephone exchange; sedentary beings all wearing the same set up of headphones, the same concentrated frown and the same fixed stare. With one will they respond to the calls which they connect with a single move. This film, however, probes beyond the automated shell, examining the lives of the men and women behind the telecom mask; stories abound, telling of the joys and sorrows, the hatred and the love, the betrayal and the heroism which have made up these people's lives. The image of uniformity is shattered into a million pieces, each tinged with joy and hope but, at the same time, anxiety and grief which make this film so pertinent to each and everyone of its viewers