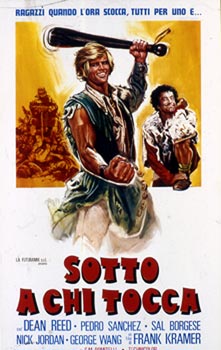 A young acrobat, Straccio, wants to free his village from the tyrant, Sir Fregonese, who rules over it. A beautiful maiden, Edna, whom Straccio loves, is held prisoner by the despot, who is tyring to force her into marrying him. With the help of two friends, Straccio thinks up a plan to steel Fregonese's gold so as to deprive him of his mercenary force. The young acrobat arrives at the castle and pretends to help the tyrant in conquering the love of the beautiful Edna. He succeeds in his plans and he leaves Fregonese who is helpless without his mercenary force and is at last dethroned, but Straccio has to face the avidity of his countrymen, who instead of appreciating the new freedom only think of possessing the gold