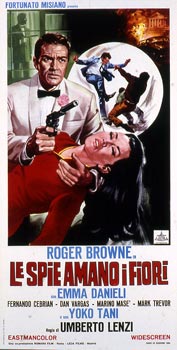 Martin Stevens, a British agent, is commissioned by his superior, Mr. Harriman, to recover a highly classified electronic mechanism that has been stolen from a London laboratory by an international organization and to then eliminate the three people who run it. With the help of a beautiful French photographer, Genevieve, he recovers the stolen instrument but not before having killed the three in their attempts to stop him. At that moment he realizes that someone has betrayed him, as his enemy was informed of his raid. Steven and Genevieve reveal that the real culprit is his superior, Mr. Harriman