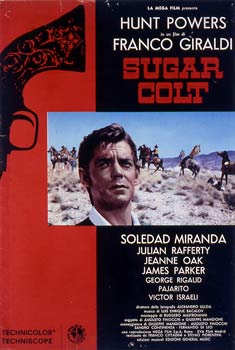 After the war, a battalion of Northern soldiers mysteriously disappears... but when two years later a blackmailer writes to the family of one of them - Sugar Colt is charged to inquire. With the help of loyal friends, our hero discovers that the battalion is kept prisoner in a Colonel's ranch, awaiting to cash the ransoms. After introducing weapons in their cells, Sugar Colt organizes a riot... After the dishonest Colonel's death, the soldiers are set free