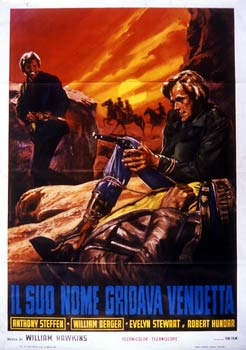 After the War of Secession, Flanagan - who had lost his memory due to a wound - is caught by a bounty killer and taken to Dixon. After his escape he decides to inquire about his past but discovers only sadness and violence: falsely accused of being a deserter by the bandit who married his wife, he learns from judge Kellog that the bandit wants him dead... After dangerous misadventures our hero is forced to kill judge Kellog, the real guilty one, while his wife murders her cruel and ruthless second husband!