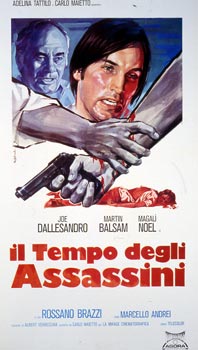 Piero comes from the suburbs of Rome. He is married with a son to an ex-prostitute. He makes his living by stealing cars and smaller thefts and he dreams of big time theft. Piero and his gang persist in their activities despite the constant intervention of Don Eugenio, a rather uncommon priest who actually lives among the people of his parish. The receiver of the stolen goods who goes by the name of Poggi in order to clear his goods with the local police inspector keeps him informed of the band's movements. In the meantime Piero meets Sandra, a young girl whom he gets pregnant, abandons and consequently causes to commit suicide. Angelo, a timid boy who is influenced by don Eugenio and by the police inspector, comes under suspicion for Sandra's betrayal and death. Finally, during an attempted robbery, the police inspector manages to catch Piero's gang. Piero manages to escape from the trap but is later intercepted at Romana's house and shot by the police