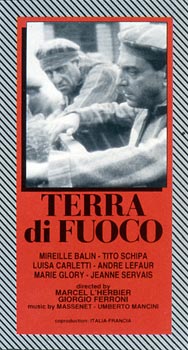 Berti, a famous opera singer, is so influenced by the dramatic role he plays on stage during a performance that when he retires to his dressing room he kills a man he finds there with his wife believing him to be her lover. A long trial ensues in which Berti's wife admits to having been an adulteress in an attempt to lighten her husband's inevitable sentence. She achieves her aim and Berti is sentenced to ten years imprisonment. Once he is freed, Berti - who is now convinced of his wife's innocence - returns to Italy with her and, after a change of name and a shaky start, manages to make a new and astoundingly successful career for himself once again in Opera