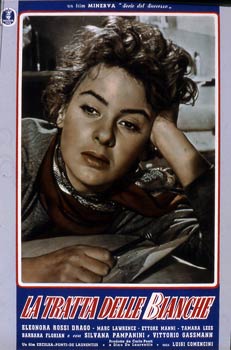 Ruthless Manfredi - seller of white women to arabic harems - wants to punish Carlo for having saved beautiful Alda from his schemes! He gets him arrested and tries to exploit the girl but the complication of her pregnancy cause her tragic death... Carlo's revenge will be terrible! With the help of some friends he organizes a cruel tribunal condemning Manfredi to death... but the police arrives in time to arrest both the judges and the judged!