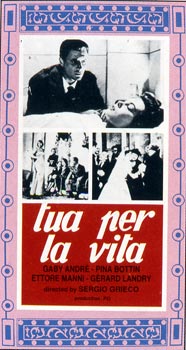 Marisa, a fashion house executive, is secretly in love with her dress-designer, Marco. She is shocked when Marco tells her he is in love with her sister, Diana. Diana has lived a free, independent life, she has had a baby by her first lover. Marisa decides to pretend that the baby is hers to help her sister. So Diana and Marco are married. Giorgio reappears and blackmails both Diana and Marisa. In a violent quarrel, Diana manages to grab the blackmailer's gun from him and kill him by accident. Frightened, she flees. Marisa is accused of the murder so Diana tries to give herself up, but is run over by a lorry before doing so. As she is dying she confesses. Marisa thus regains Marco, the child and her own freedom