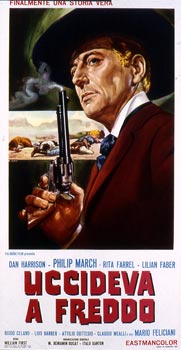 A story based on revenge that knows no bounds and influences the avenger to the degree that his desire to "get even" drives him to a despotic and overbearing behaviour even in circumstances entirely unrelated to his original aim. Jose Desmet, a butler, killed his employer because the latter, once a district judge, had long ago condemned Desmet's father, a well known gangster, to death. Lather Desmet tries to seduce Salazar's daughter who is heir to a gold-mine, kills a woman and the village doctor because they had found out that he was selling weapons to the Indians. Finally, a government investigator, Bill Walcome, enters the scene and puts an end to Desmet's activities together with the sheriff