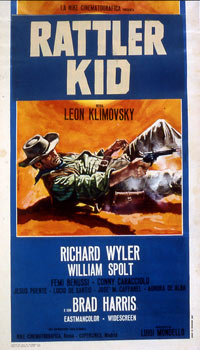 Tony, unjust accused of robbery and murder at Fort Jackson, escapes before being executed... but seeking revenge, he turns into a ruthless bandit. Joining his cousin Riff for a bank robbery, he discovers by pure chance the Fort's booty in his own ranch. Realizing that his own accomplice was responsable for his murder case, he tries to kill him... but luckily the sheriff arrives in time to arrest Riff and restore Tony's honest reputation!