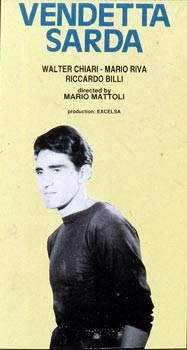 Gualtiero and his cousin are Sardinians but work in Milan. Upon learning of their uncle's death, Gualtiero leaves with two of his creditors, certain that he will inherit his uncle's properties. Once in Sardinia Gualtiero learns that his uncle was murdered by the Leoni brothers. Gualtiero and his friends are challenged to duel by the Leoni brothers. The oldest Leoni girl, who has fallen for Gualtiero, promises to load her brother's pistol with blank cartridges. She changes her mind when she sees Gualtiero kiss his girlfriend who has just arrived from Milan with the other cousin. Gualtiero then learns that his cousin is the real heir to the properties and leaves him to face the situation