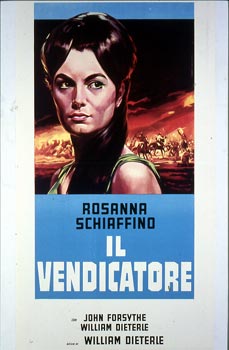 Vladja Dubrowsky, an officer of the russian Imperial Guard, leaves service to avenge his father, who died of heartbreak after being swindled out of his possessions by the evil Baron Petrovich. To disappear from the public eye, he stages his own death in a fire. Then, at the head of a group of farmers equally wronged by Petrovich, he starts a guerilla war against the Baron. Hearing that the Baron is expecting a tutor, Vladja takes the tutor's place and is accepted as such by the Baron. In the enemy's stronghold, Vladja manages to locate the documents containing the evidence of the Baron's miscondust. Caught in the act by the Baron, he flees from the house with the documents and the Baron's daughter, who has fallen in love with him. Vladja delivers the documents to the Governor and obtains the redressing of his dead father's wrongs - but not before a pitched battle with the Baron and his followers