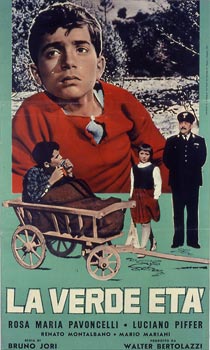 A story based on the friendship and affection between two nine-year-olds, a boy and a girl, the son of a smuggler and the daughter of a policeman. During a fair, in order to win a present for his friend, the boy tries one of the games, but unfortunately falls and is paralyzed from the waist down. The girl who feels responsable for the accident assists her dear friend, but a series of events puts the two fathers against each other. The smuggler is arrested and the boy accuses his friend of becoming his traitor. The end will see the two children reconciled and the smuggler rehabilitated