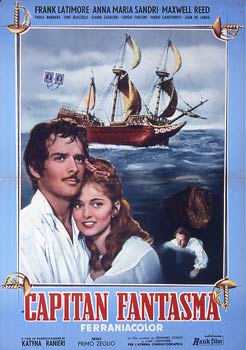 1808: Cap. De Cubanil is expelled from the military academy due to a duel to avenge his father's memory. Embarked on the ship "Asuncion" he learns that Consuelo, daughter of the Governor of Havana, together with her maid and a cargo of gold were to be transported to a safe place... Three traitors are planning to kill the two women and steal the treasury... but Cap. De Cubanil is willing to risk his life to stop them! His efforts are soon rewarded: Consuelo is in love with him and his military reputation will be restored...