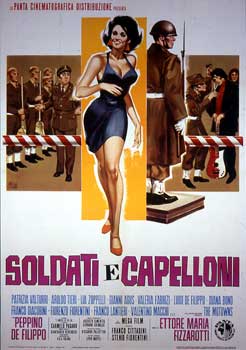 After a first failure, music manager Peppino organizes a successful debut for a band of five beat-generation boys. Problems start when he is forced to marry ugly Concetta and the group is drafted for the army! Thanks to a smart expedient, the boys can avoid the military haircut and Concetta, after a long session at the beauty salon... turns into a beautiful woman!