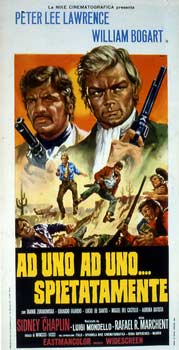 Bill learns that his father, Colonel of the northern army, was accused of theft and killed. Convinced of his innocence, Bill discovers the true robbers but... before giving them what they deserve, recuperates part of the money: the Colonel's honor is redeemed! A surprise effect at the end reveals that the Colonel is not his true father, but it is too late now..Bill is off with the money!