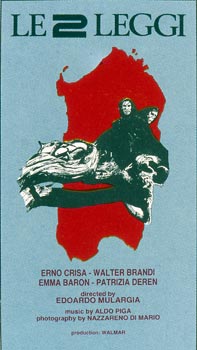 In a poor little village in Sardinia where there's been drought for several months, the usurers speculate on the poverty of the villagers. To prevent the felling of an enormous tree on the barrier between two farms, Melchiorre kills Pedru and then goes into hiding. Andria, the dead man's brother, tracks Melchiorre down and injures him in a gunfight, but Melchiorre manages to reach his village where Pedru's mother tends his wounds. Melchiorre is full of remorse for having killed the son of this woman who has saved his life but Andria arrives on the scene and the two men take up their shotguns again. Mamma Maria succeeds in separating them and Melchiorre delivers himself to the police.