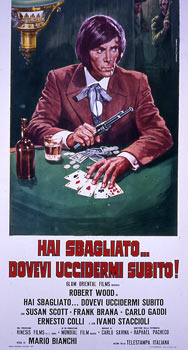 Ginsburg, undercover as an employee of the Lloyds of London, is investigating a bank robbery where one of the three thieves had killed the other two to take possession of all the money. Suspecting three powerful men, Ginsburg is forced to reveal his true identity to the sheriff... When the three men are killed and he is accused, he finally understands the intricated plot... The sheriff and Kate, a wife of one of the dead men, are the guilty ones! Once he has obtained their confession, he executes them both... Justice is done!