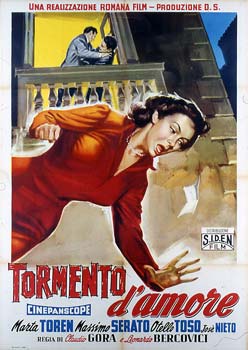 Sara and Pietro are in love but the presence of her ex-boyfriend will irremediably complicate their lives... In spite of everything, Pietro is willing to forget the past, marry Sara and take her with him to Mexico. Fearing that Pietro is still doubting her honesty, she rather waits for a letter of confirmation from Mexico, before saying yes... When 4 years later the letter returns to the sender, Pietro realizes the tragic misunderstanding but it is too late: he is married and Sara has become a prostitute in the meantime