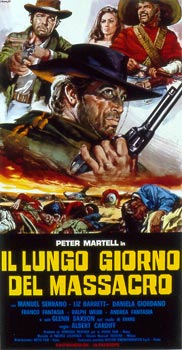 Joe Williams, ex-sheriff of Kansas City, exonerated from the charge because of his brutal manners, is unfairly accused of the murder of a couple of farmers, which was in reality committed by the Mexican "La Muerte". Joe follows "La Muerte" to make him confess his crime but he is captured by the criminal instead. The new sheriff on "La Muerte's" track saves Joe in a shooting, and in turn Joe saves the new sheriff's life. At this point the sheriff realizes that Joe couldn't have murdered the two farmers so he shuts an eye and lets Joe free to reach the nearby frontier.