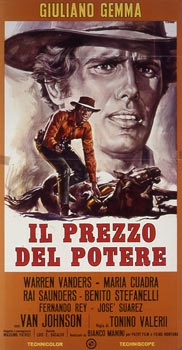 1880. President Garfield is travelling throughout the country to promote his theory of "Equality for all men". The wounds caused by the recent civil war have not yet healed. Garfield is shot during a farewell procession out of Dallas. Jack Donoval is accused of being one of the acomplices of the crime, but he is gunned down while being transferred from one prison to another. William Willer, an ex-assistant, and McDonald, right hand to the murdered president, decide to work together to uncover the truth. They succeed indeed but the truth is such that it cannot be revealed. They part taking along the secret behind Garfield's assassination