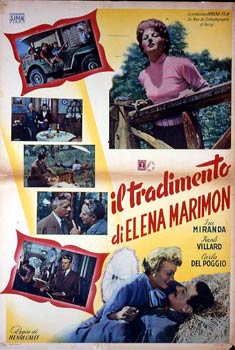 World War I : the deep friendship of four soldiers is at first shaken by the arrival of older Marimon, later on accepted as a brother. In Paris, Giacomo lives days of paradise near a beautiful woman called Elena... learning that she was Marimon's wife only before returning to the battlefield! The grief for the death of her husband - announced by Giacomo himself - causes their breakup, but the child she is expecting from him will bring them together again...